For years, apple’s stock price has been in a value depression

From an investment perspective, the intrinsic value of a business consists of earnings and future growth opportunities, which are reflected in the p/e ratio. P/e = share price/earnings per share, which means that the stock will probably pay for itself in a few years.

In theory, the lower the p/e, the less risky the stock is. The high p/e ratio means revenue growth has exceeded expectations and investors are bullish on its future growth prospects.

Many traditional tech companies typically trade at extremely high price/earnings multiples, and their high stock prices are supported by future growth, which can be seen as a measure of the market’s optimism about the company’s prospects. If a company’s p/e ratio is high, it means that continued earnings growth is needed to support the high p/e ratio.

The low p/e ratio, on the one hand, indicates that the capital market is gloomy about its future growth prospects, but on the other hand, it may also mean that the stock price is undervalued. Compared with Google facebook, apple’s p/e ratio has been significantly lower over the past few years, and the stock is likely to trade well below its intrinsic value.

According to FactSet, apple started 2019 at just over 13, about 16 below its five-year average, and is now trading at 24.5. In addition, the company’s forward price-to-earnings ratio of just under 22 points is also at an all-time high.

In recent years, the capital market has also seen the potential of apple to build a new hot style. Apple’s stock price has risen this year because of two key product lines: iPhone11 series and AirPods. The former proves that the popularity, brand value and high-end market position of the iPhone will remain untouchable as long as it returns to reasonable value.

The AirPods may have been a surprise to many, as apple sold about 15 million pairs back in 2017, when the original AirPods were launched, but it still generated $2.25 billion in revenue at the time. In 2019, analysts estimate apple sold 60 million AirPods. AirPods have become apple’s most successful product in recent years, after the iPhone.

Why are AirPods responsible for driving apple’s market capitalisation?

In the past, apple’s p/e ratio was low, and the capital market thought that apple led by cook was lack of innovation. Besides iPhone, apple lacked a new hot style, and was highly dependent on iPhone in terms of revenue. As a result, capital markets are more likely to characterize apple as a hardware-heavy company that relies heavily on the iPhone.

But apple has also defied the capital markets on the hardware front, proving that it can pull a new hot style out of the iPhone to drive revenue growth. It’s an announcement to the capital markets that even though apple is a hardware company, it can continue to diversify its product line and ease the pain of falling revenue when the bottleneck hits with the new hot style.

But what apple has proved to the capital markets is not how high its future revenue growth on AirPods will be, but its ability to find the second curve with its new hardware layout before the first curve iPhone growth peaks.

Because beyond AirPods, apple still has the ability to come up with new products and build new hot styles in other areas. For example, in the 5G era, one possibility is to launch products like AR glasses. Judging from apple’s investment and attention to AR glasses in the past years, it has the possibility to become the next generation hot style in the future.

Going back to AirPods, if you think about the growth of the mobile phone market, AirPods have only sold more than 100 million pairs so far, compared to the iPhone’s global installed base of 900 million in 2019. If AirPods sell half as many iphones in the future, they could reach 450 million, which means the potential for future revenue growth is still huge.

Behind the rise in share prices, the Indian market may see a turnaround

Another notable change is the Indian market. Apple used to have negligible market share in India, but last year’s price cuts on iphones, macs and other wearables paid off, with the company taking 51.3 per cent of the country’s high-end handset market in the third quarter.

Will apple turn a corner in India?

As a result of the regulatory changes announced in India, the government announced last year that it would liberalise foreign direct investment standards in an attempt to attract capital from multinationals entering the Indian market. That is a market boon for apple, since foreign companies used to need to source at least 30 per cent of their products in India to be allowed to open their own stores.

Regulatory changes in India could encourage apple to open stores in the country and reduce its operating costs in India, giving apple more incentive to cut prices in exchange for market share.

In the view of capital markets, apple’s low-cost devices will also help its operations in India. If apple can open up the Indian market, it will play a significant role in driving apple’s sales. After all, there is still room for the growth of middle and high-end smartphones in India.

In addition, after Apple’s Apple TV+ was launched in India, it also played the price performance card, with a monthly fee of 99 rupees, or about $1.40, which also triggered a subscription boom in the Indian market. Apple’s service business also has a large room for growth in the Indian market. All of which supports apple’s stock price expectations.

A 50 per cent rise may be too optimistic

Of course, analysts expect apple’s stock price to keep soaring, rising by more than 50%, thanks to the performance of the iPhone and the huge expectations of the market for new products in the 5G era.

Will apple go up more than 50%? I think it depends on how apple performs with a 5G iPhone in 2020. As we all know, 2020 is the year of apple’s 5G drive cycle. In addition to the 5G, it has been revealed that apple has made a major change in its appearance, even removing the bangs that have been teased for a long time.

For apple, the iPhone is not only the importance of is that it is the core source of revenue, but also supporting pillar of premium brand, is the capital ships, like communications services to huawei, social business is to the tencent, electric business to ali, this kind of business is the foundation, foundation sex business is necessarily support the core of market value, it is the foundation of the brand premium of apple, is already connected numerous huge ecological system of industry, it is not a new hot style products can replace.

The year 2020 is a critical one, with capital markets pushing up apple’s share price, and there are naturally huge sales expectations for the iPhone’s 5G market performance. According to research firm Counterpoint, the number of 5G phone products in the Chinese market is expected to exceed 100 by 2020, and the number of 5G phones shipped in the Chinese market will exceed 150 million. As a general rule, the arrival of 5G will undoubtedly make iPhone sales have a new round of leap forward.

But the first year of 5G is fraught with uncertainty. Qualcomm (90.26, 0.35, 0.39%) is in the phase of 5G plug-in baseband. Domestic 5G is mainly Sub6 frequency band, while the us chooses millimeter wave due to the lack of sub-6g spectrum. Qualcomm naturally gives priority to cooperating with the United States, focusing on the high-frequency millimeter wave field, which also leads to the difficulty in taking the integration route of 5G baseband.

After the settlement between apple and qualcomm, it can rely on qualcomm’s baseband chips, but in the Chinese market, qualcomm may have lost its advantages in the past, because the experience of plug-in chips is not as good as integrated chips, which has a certain impact on the user experience.

In the domestic market, in addition to huawei’s 5G integrated chips, mediatek has also launched 5G integrated chips — tianji 1000 has come up with 5G dual-mode, dual-carrier aggregation, 5G+5G dual-card and dual-standby 5G chips. Compared with the past 4G era, market competitiveness has also risen a step. After the departure of the Internet, qualcomm’s support for apple’s 5G version of the iPhone can have enough product performance, network performance and price competitiveness is still a question mark.

We need to see that behind the performance of iPhone in 2019, apple has been reducing prices to stabilize iPhone sales. However, due to the soaring cost of chips, materials and various components, it is difficult for the 5G iPhone to maintain the price of iPhone11, or it will lose its price performance advantage again.

In addition, the current iPhone11 series sales have absorbed too many existing users, in part by overdrawing ahead of schedule and snatching up 5G iPhone replacement users. That may not be good news for apple.

In short, the p/e ratio of apple cannot simply be compared with that of technology companies like Google, Facebook and amazon, which are growth enterprises. Once the Internet service business model of these technology giants and the b-end enterprise-class revenue model are formed, they have certain expected performance of steady growth and low volatility. Apple’s hardware sales are cyclical and volatile, and the volatility of hardware sales is closely related to the rise and fall of its stock price.

A recent Forbes article argues that one way to determine whether apple’s stock can grow reasonably is to calculate its PEG ratio, or price-to-earnings ratio divided by long-term earnings growth. If a company has a PEG of 1.0 or less, it offers investors an opportunity to buy growth stocks at a reasonable price. By this logic, apple’s stock is overvalued because it has a PEG of 2.5.

But the core of PEG valuation is to predict the growth rate of a company’s earnings over the next three to five years, but in apple’s case, it may also need to take into account its net cash on the books and its ability to generate a lot of free cash flow, as well as its ability to build a new hot style.

In terms of The new hot style’s earnings growth rate, apple is expected to launch its first headset in 2022, and smaller, longer-lasting AR smart glasses in 2023, according to The Information, in addition to The AirPods.

Therefore, in general, apple’s current stock price may still be at a reasonable and somewhat high market price relative to the current market performance of apple. However, apple’s future still faces many uncertainties. It may be too optimistic to say that it will increase by 50% or even achieve such a price increase next year. 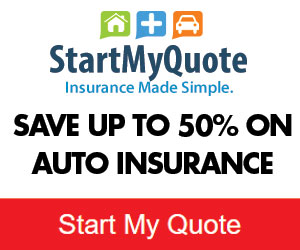